Five thrust areas have been identified, namely environmental and population health, bioactive molecules and drug discovery, cancer and stem cell research, health professions education research, and translational research. In tandem with the development in research activities, we also aim to establish strategic partnerships with industrial partners in relevant areas to strengthen our research programme through the provision of consultancies and specialised testing services.

This is an area that has attracted keen interest amongst IMU researchers. Studies on airborne organisms such as algae, parasites, fungi, bacteria and dust mites are of particular interest as they have been implicated as agents that may cause ‘building-related illnesses’ amongst occupants in office buildings. One study showed that the parasite Acanthamoeba was detected in 20 out of 87 dust samples collected from air-conditioners in a building in Kuala Lumpur. The parasite was isolated and their characteristics were studied using microscopic and molecular techniques. Results showed that some of the isolates could be potential human pathogens. Besides parasites, dust mites are another airborne organism studied by our researchers. Allergens from dust mites are an important factor that contributes to diseases such as asthma, rhinitis and eczema. Studies on airborne organisms have also been expanded to outdoor environments. A survey was conducted to document the occurrence of airborne algae within Bukit Jalil in Kuala Lumpur. It was found that cyanobacteria (blue-green algae) were the dominant airborne algae in this township, with a total of eight species identified. Human movement appeared to be an important factor affecting the occurrence of airborne algae.  High percentage occurrence of airborne algae was recorded at an animal holding facility house and the Light Railway Transit (LRT) station. In contrast, very low occurrence of airborne algae was recorded at the sites around Tasik Komanwel. In another interesting study, the parasite Cryptosporidium was isolated from the dropping of 37 bird species from the National Zoo in Kuala Lumpur.  Consumption of food contaminated with the parasite is known to cause diarrhoea. The birds may pose a threat to public health as they may act as an agent that spread the parasite. 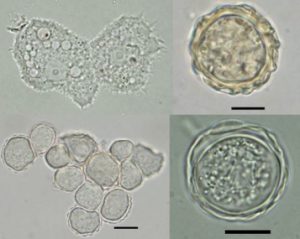 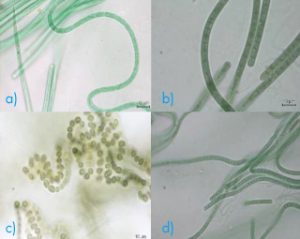 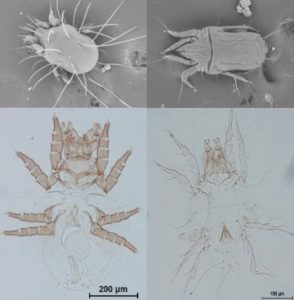 Mites collected from dust samples in an office building.

There has also been active research on using algae to monitor and assess the toxicity of environmental pollutants such as pesticides, heavy metals, pharmaceuticals and hair dyes. Algae are of particular interest as they form the basis of the food chain. Any adverse effect on algae may pass on to the organisms at the higher levels of the food chain, which may ultimately pose a risk to human health. Our studies revealed that pollutants such as pesticides may cause damage to DNA in both algae and animal cells. Experiments were also conducted to study toxicity of environmental pollutants using animal models. For instance, exposure of mice to the pesticide chlorpyrifos  may have toxic effect on neural cells. Another study showed that long-term exposure to lead in rats may result in damage to bone marrow due to oxidative stress. In public health research, nutrition is one of the main focus areas.  Most of the studies aimed to correlate nutrient status with various diseases.  Nutrients such as fatty acids, folate and vitamin D are of particular interest. One study aimed to find out the association between dietary fatty acid intake and homocysteine levels in relation to heart disease. Another study was conducted to find out the prevalence of vitamin D insufficiency and its association with Body Mass Index (BMI) amongst primary school children in Kuala Lumpur. Other areas of public health research include breastfeeding, reproductive health, respiratory disease, nursing management, complementary and alternative medicine and chiropractic, and infectious diseases such as leptospirosis and candidiasis. A paper on child health and mortality in South East Asia co-authored by one of our researchers was recently published in The Lancet, a high impact journal.

With eight million people worldwide succumbing to cancer each year, there is urgency for relevant cancer research. Funding, operational support, and coordinated efforts between researchers from various disciplines and clinicians have resulted in good progress in cancer research at IMU. The main focus areas are in fundamental cancer biology research, early-stage drug discovery and therapeutic cancer vaccines. We aim to investigate the underlying mechanisms involved in the progression of normal cells to cancerous cells. The studies also aim  to obtain new insights into cancer treatment using various drugs and vaccines. The findings may be translated into improved cancer prevention, diagnosis, treatment, and survivorship. At IMU, there is interest in various types of cancer including breast cancer, nasopharynx cancer and lung cancer.

Stem cells are “master” of all cells as they create all other tissues and organs in the body. Stem cells differentiate and give rise to specialised cells in organs such as the brain, heart, pancreas. There is potential of using stem cells to generate healthy and functioning specialized cells that can be used to replace diseased cells. Thus, stem cell therapies are useful in the treatment of any disease in which there is tissue degeneration. Research at IMU has demonstrated the potential use of stem cells to regenerate diseased heart cells. There are also ongoing studies that aim to culture neural stem cells.

Malaysia is endowed with rich biological resources that are yet to be fully exploited. Some of the resources are potential sources of bioactive compounds that could serve as leads to new drugs. Researchers at IMU have explored a diverse range of organisms for bioactive compounds. These include microorganisms such as bacteria, algae and fungi, medicinal plants, noni fruits, palm oil, seaweeds and ginger. The testing is conducted using both animal cell cultures as well as whole animal models. The organisms are screened for bioactivities such as anti-inflammatory, anticancer and antioxidant effects. For instance, tocotrienol (vitamin E) from palm oil has been shown to have potent killing activity against breast cancer cells. The findings revealed that the compound exerts its action through the mediation of the cell immune (defense) system. Another study showed that extracts from algae inhibit the release of Epstein Barr virus (EBV) from lymphoblastoid cells. As presently there are no specific drugs against this virus, the bioactive compounds from algae have the potential for development of antiviral drugs against EBV. Another interesting study showed that the ethanolic extract from the rind of the rambutan has potent antioxidant activity. A patent based on this work has been filed.  Antioxidants are known to have protective effects against cell and DNA damage, which may cause various diseases including cancer and diabetes. In addition, extracts from various local plants have been shown to have a wide range of physiological and metabolic effects, including neuroprotective effects. New approaches are employed in the study of bioactive molecules. For instance, the bioactivities of molecules with different structures from ginger were analysed using computer modeling. Monoclonal antibodies produced through recombinant DNA technology have been shown to have useful applications in the detection of allergens from house mites. Another area of interest is to investigate how drugs can be delivered to the human body to achieve optimal therapeutic effect. New drug formulations based on nanoparticles and advanced knowledge in nanoscience have also been developed. 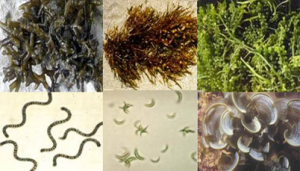 The focus of health profession education research is on various aspects related to teaching and learning in the health professions including medicine, dentistry, pharmacy and nursing. The findings from such research activities will contribute to improving the delivery and raising the standard of health education. Our faculty have been actively involved in this area, especially in research on PBL and assessment. The findings have been presented in international conferences, including the International Medical Education Conference (IMEC).

The objective of CTR, IRDI is to be the catalyst to instigate paradigm shift in the way basic scientists and clinicians conduct their research and patient care respectively so that T1 translation will be included automatically in their day-to-day research activities with the ultimate goal that future scientists and clinicians will always keep in mind the purpose of translational research that is, to improve our health through research and its application. In addition, the CTR will also facilitate the application of research findings to the community (T3 translation) through policy and guideline research as well as effective dissemination of scientific discoveries to the lay public. Further, the CTR will assist in the attainment of relevant experts in the field of systems biology, clinical and molecular research, clinical practice policy and guidelines. The CTR will do this through a multipronged approach (Figure 3) tapping into IMU undergraduate student semester research as seed funding to start pilot translational research projects and at the same time facilitate IMU staff in competitive research grant application. Apart from providing assistance with proposal development, the CTR will assist in study design, regulatory issues and submissions, biostatistics and informatics incorporating stochastic and probabilistic (fuzzy) modelling for large-scale data analysis, and offer ethics consultation, ‘omics’ technologies (outsource), biorepository services, facilitation with an affiliated laboratory network, and training for students and early career investigators. We envisage that with such a strategy in place, the CTR will be able to provide the impetus to advance scientific discovery to improve health thus bringing discoveries from the lab to the bedside and back.